Dr. Chau moved back to Orange County and worked as a psychiatrist at the county community HIV clinic. He found that there was a disparity in the medical system’s ability to help those with severe mental illness. He recalls a particular case in which a patient with schizophrenia presented with chest pain and a cough. His primary care physician refused to order a chest x-ray, chalking up the patient’s symptoms to a somatic symptom disorder. At the time, Medi-Cal did not allow psychiatrist’s to order chest x-rays. Dr. Chau was persistent and spoke to the executive team at CalOptima. His persistence paid off as he was allowed to order the x-ray which revealed a cancerous mass on the patient’s lungs. His experience opened his eyes to the systematic discrepancies in treating those with mental health disorders.


Dr. Chau went on to be recruited by CalOptima, eventually becoming its director in May 2020. Additionally, Dr. Chau held leadership roles and helped develop behavioral health sectors with L.A. Care Health Plan and Providence Health System. Dr. Chau is also a co-founder of Be Well OC and served as the Chief Clinical and Strategy Officer for Mind OC. Currently, he serves as a CalOptima Director and the Director of the OC Health Care Agency. He is currently working on the improvement of the clinical side of the Santa Ana public health campus. He is also heading a movement to build a second Be Well OC campus in Irvine.

Due to his expertise in how major insurance systems work, we asked Dr. Chau what obstacles he hopes to see overcome in regards to substance use disorders and behavioral health. Dr. Chau brought up the necessity of insurance in adhering to the Mental Health Parity and Addiction Equity Act. The act was enacted in 2008 and requires the equal treatment of mental conditions and substance use disorders in insurance plans. In short, this means that for every dollar spent on physical treatment there must be offered an equal dollar for mental health treatment. Dr. Chau relays that the act has been difficult to enforce and has proved cumbersome to track in large health systems. He believes that achieving full parity will require federal and state insurance policy makers to come together to share data and analyze how health systems utilize mental health treatment. He proposes in an ideal world, a single payer healthcare process will funnel resources through one entity but still have private services that allow for market competition.

Opioid Hero of the Month: November 2022

Our November 2022 Opioid Hero of the Month is Dr. Clayton Chau.

Dr. Chau did not initially want to become a physician, in fact, he wanted to become an English teacher in high school. During his undergrad years at UCI he became interested in transplant immunology after working for a transplant lab at UCI. He went on to enroll at the University of Minnesota Medical School, one of the only transplant centers in the country at the time. His sights were set on becoming a transplant surgeon, however, in medical school Dr. Chau dealt with depression. The University of Minnesota gave him the resources to receive treatment. This is where Dr. Chau had his first encounter with psychiatry and the treatment of mental health. Through his lived experiences he developed an interest in psychiatry.

As his time in medical school sunsetted, Dr. Chau decided to enter transplant surgery residency and enrolled at USC surgical residency. In his first rotation at trauma emergency surgery he realized that a large number of patients came for mental health conditions. He found that the Emergency Room was a troublesome place for those with mental health crises due to the many stimulating factors in the environment. Furthermore, oftentimes this population would not receive the help they needed by the time they were discharged. He would find himself staying extra hours over his shifts consulting these patients. These experiences continued to push him towards psychiatry, however, he was convinced to enroll as a plastic surgery resident as that would give him the ability to consult and connect with his patients more. He enjoyed the work however he quickly realized that his true passions lie with assisting the medical needs of the disadvantaged communities. He ultimately ended up as a resident at UCLA psychiatry followed by a fellowship with the National Institute of Mental Health where he was able to use his interest in immunology to help those with substance use disorders and HIV. 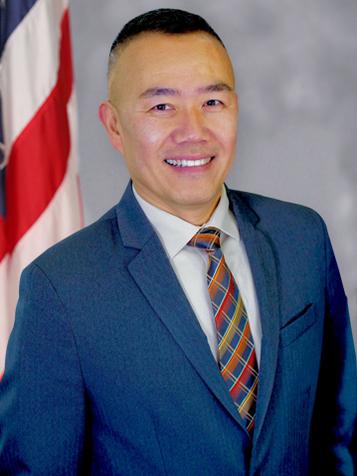